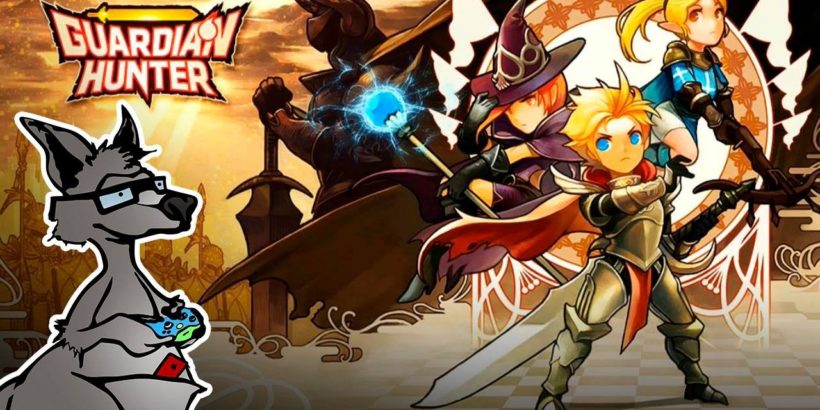 Roaming around the world, exploring numerous different caves, hunting the dangerous beasts and taming them; if these are the things you enjoy in a game, then you should definitely check out the new NHN Entertainment’s RPG prodigy – Guardian Hunter: Super Brawl.

All the goodies you’ve come to expect from a good RPG game are here. But this game has a unique twist to it, as it provides you to play with the tamed Guardians – those dangerous beasts that we mentioned. Here are eight tips, cheats, and tricks that may help you when you set out to play this game.

Fighting in Guardian Hunter Super Brawl is tough at times, but you can make it easier by deciding to attack your enemies from the back. This will deal bonus damage to them, allowing you to finish the battle more efficiently.

An ability that may be of great use for attacking the enemy from the back is the Roll ability. Just lock your Hunter onto the enemy by attacking it once, and then use the Roll! 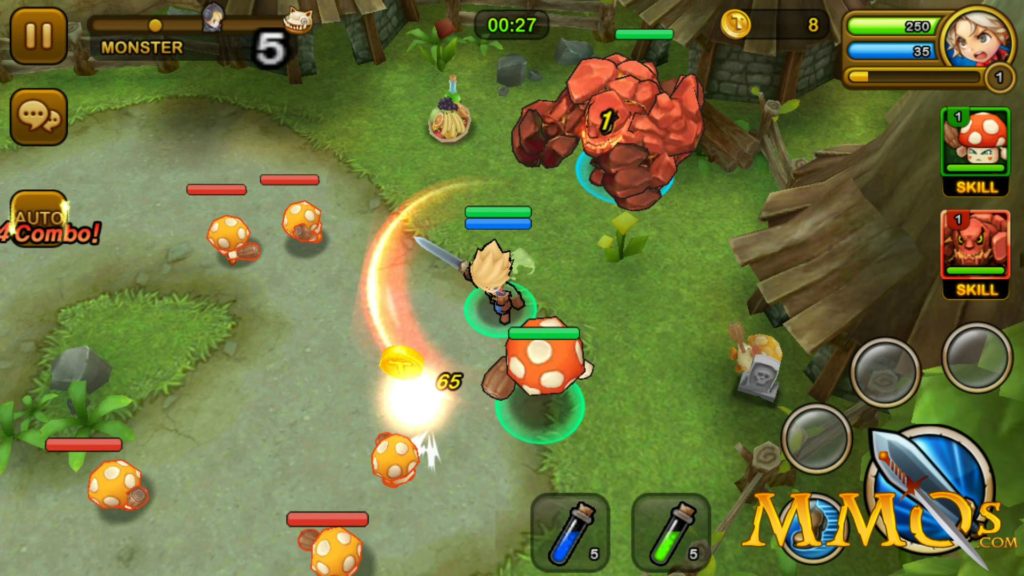 2) The Art of Swerve

They can’t kill you if they can’t hit you, can they?

Another technique you may use to ease the battle is dodging. To successfully do the dodge, you must pay extra attention to the moves of your enemy. Try to anticipate their moves and react accordingly.

There are three different character classes in Guardian Hunter: Super Brawl: the warrior, the archer, and the sorceress.

Which class of Hunter you choose at the beginning of the game is by no means a definite decision. You can change it anytime during your play through. In fact, the game encourages you to explore the possibilities with other classes. 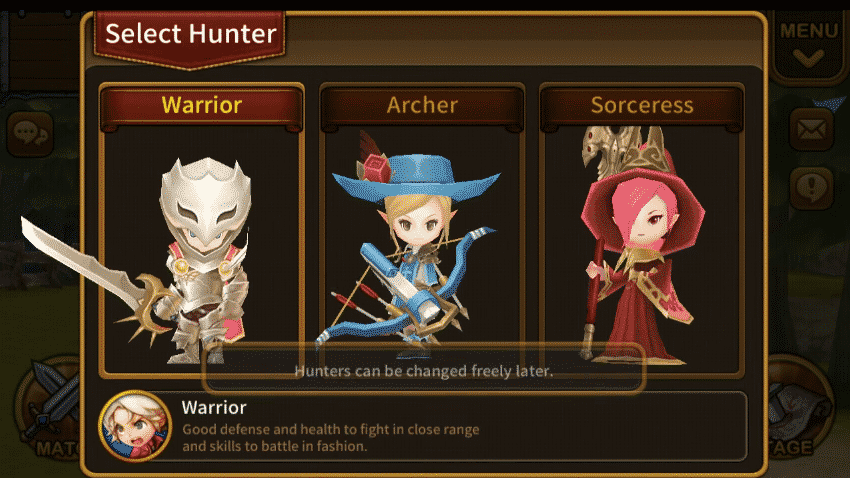 Besides the Hunters, you also get to control the Guardians. They’re the creatures that you defeat and tame throughout the game and later use as fighting companions.

Our advice regarding the Guardians is that you shouldn’t rely on one strong Guardian in your team, but rather use different ones for different tasks in the game. Relying too much on a single powerful Guardian may be beneficial in a single-player campaign, but you’ll surely get beaten in PVP Arenas against other players.

As the game progresses, the enemies become more and more difficult to deal with. That’s why you need to improve constantly by leveling up, and the best way to do this is through training.

We offer you a practical tip here: complete the Premium Dungeons and use the Zombie Guardians as material so as to receive much more experience points, and therefore level up more quickly. You’re welcome! 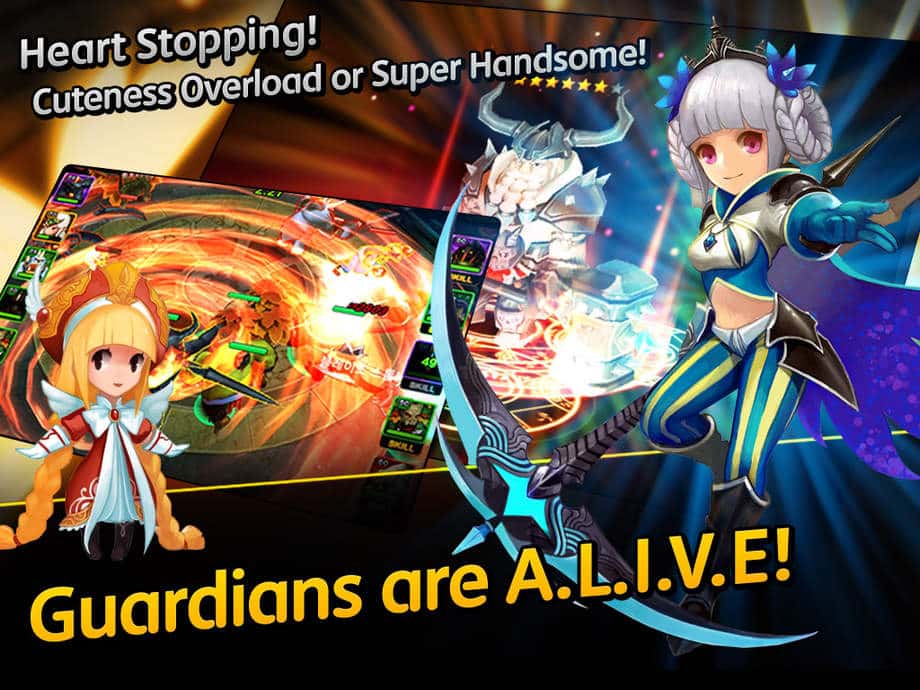 6) Consider How You Spend Your Enhance Stones

Another way to level up in Guardian Hunter: Super Brawl is to use the Enhance Stones you acquire while playing the game. But whereas training serves to improve the stats of your Hunter or Guardian, Enhance Stones are used to make your equipment better. Do not spend these on the common equipment, but keep them for more powerful ones and thus create admirable weapons and armor!

All the previous battle tips we talked about come together when it comes to the boss fights! Attacking them from the back is extremely useful, and dodging their attacks is of a great importance when facing these tougher opponents. Also, everything you’ve done during the training will reflect on the final outcome of these fights.

Bosses are quite often fought during the Boss Raids, the game mode which lets you take your Hunter alongside up to eight of your guardians and fight these strong enemies. You can only open Boss Raids if your hero has reached the level of fifteen. Once you’ve opened the Boss Raids, don’t forget to invite your friends to fight by your side!

The reward for defeating the bosses during Boss Raids is a powerful rune, which is used to boost the stats of your Hunter. The only way to earn the rune is if you’re the one who opened the Boss Raid. 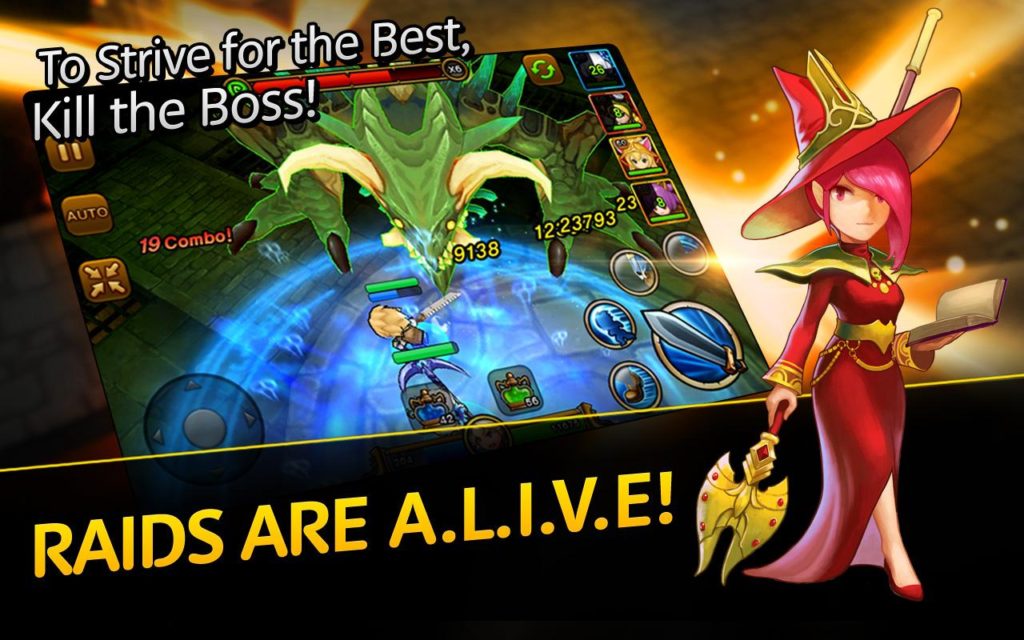 Take two of your Guardians with you, and play the Infinite Dungeons where you fight an endless wave of enemies in a limited time. In this playing mode, the points you achieve will automatically rank you among the other players who do the same.

The reasons for you to play Infinite Dungeons are the participation awards, which depend on the number of times you joined the mode. And they will certainly come in handy. 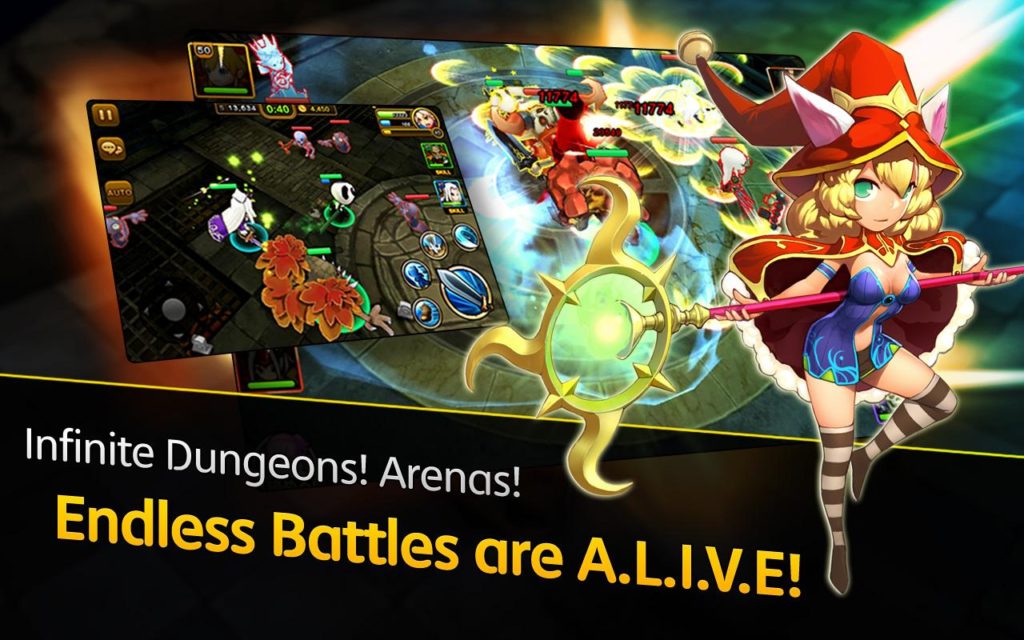 Thank you for following us through these eight tips, tricks, and cheats for playing Guardian Hunter Super Brawl. So now the only thing left to do is to buckle up, and prepare for a hunt!

If you liked this strategy guide, don’t forget to rate and share. Also if you have other Dungeon Hunter: Super Brawl cheats or tips leave a comment below.