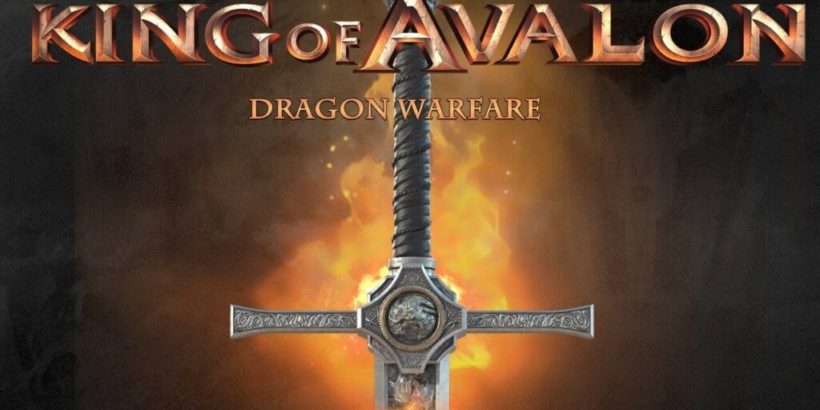 Are you into war games? Do you enjoy playing free online PC games? Then you’ll love King of Avalon: Dragon Warfare for PC- one of the hottest free to play multiplayer PC games of 2017. In this detailed article, we provide you with everything you would like to know about King of Avalon: Dragon Warfare. We also walk you through a step-by-step guide on how to install the game on Windows or MAC OS.

How to Download and Play King of Avalon: Dragon Warfare on PC

Download, Install, and Play King of Avalon: Dragon Warfare on your Windows PC or MAC with mobile app emulators for free.

King Arthur has died and left an empty throne. Morgana, the sorceress, has corrupted the courts of Camelot and unleashed her monsters and dragons across the kingdom. Now that the unity of Arthur’s rule is gone, every city is fighting for itself. There can be a true king once more, but only if Excalibur is lifted.

You’re a City Lord who has been caught in the midst of the turbulence, and you can become the King if you can obtain Excalibur. But first, you’ll have to survive and grow strong. Raise your dragon, build your city and army, learn skills, and research technologies in your quest to lift Excalibur and be the next King of Avalon.

You and your friends need to be prepared for a clash of clans. This is because the Kingdom Map is infested with Morgana’s Monsters, and you’re not the only one whose eye is on the throne. Slay the Monsters and obtain rewards. Defeat the lower level Monster before you can have the opportunity to challenge higher-level ones. Note that the higher the level of a Monster, the greater the loot.

Use a Peace Shield to protect your troops. It prevents your enemies from scouting or attacking your city. However, troops that are outside of your city gathering, reinforcing or encamping won’t be protected. If you are under attack and don’t have a Peace Shield, you can send your troops out of the city to encamp either on a nearby or distant tile. Alternatively, you can use a Teleport to change your location on the map or send your troop to a distant tile for gathering or as reinforcements to an ally.

There’s a famous saying that goes “No man is an island.” In Dragon Warfare for PC, you can improve your chances of success by forming alliances with other City Lords. Then you can rally against GvE Barbarian leader, march at PvP bully, and generally face your enemies with confidence as there is strength in numbers.

Get the edge by researching and mastering devastating skills. Your Dragon Skills, Talent Point as well as other bonuses increases the power of your army above your Troop Power. This means that you may be able to defeat Monsters even if your Troop Power is less than the recommended amount. You just need to know when to order an invasion and when to be invisible.

On the Kingdom Map, send your troops to occupy a resource tile and gather resources that you can use to develop your city. You are supposed to build your stronghold, barracks, stables, range and siege workshops, trap factory, storehouse, university, embassy, trading post, hall of war, watchtower, wishing well, wall, hospital, military tent, farm, sawmill, iron mine, and silver mine.

Note that your troops will return once they have gathered resources that they can carry (dictated by the number of your troops in the march). You can also boost the number of resources gathered through Dragon Guardian Skills, Research, Talent Skills, and Gathering Boost items. Build the foundations of your empire in a way that it can be strong enough to survive in a dragon fire war zone.

During fights, a small number of your troops may be wounded, and they’ll enter your Hospital automatically based on your “Wounded Capacity,” Build and upgrade more hospitals to heal more wounded troops and reduce your losses in battles.

7. Stop the Fire if Your City is Burning

When you’re attacked and lose the battle, your city will start burning, and your Wall Defense will decrease throughout the burning state. You can use Gold to extinguish the fire immediately or let it cease automatically after 30 minutes. You can then increase your Wall Defense simply by repairing it.

Note: In case your wall defense reaches to zero, your city is automatically relocated to a random location, within the map, and your Wall Defense restored to the maximum level. 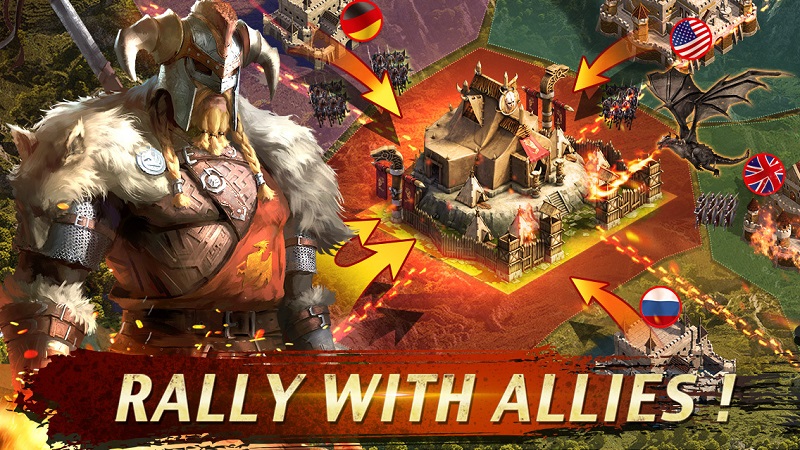 Dragon Warfare for PC is a game of kings that’s entangled in a game of war. Your mighty dragon is the key to ruling the kingdom. Use the tutorial provided in the next section to install the game on your laptop or desktop and get ready for an epic fantasy; the Camelot Legend lives, awesome monsters, and HD graphics to drool over. Will you emerge victorious in this clash of kings?

About King of Avalon: Dragon Warfare

If you liked this post, don’t forget to rate and share. Also if you can’t run King of Avalon: Dragon Warfare on PC or any other issue, write in the comments below and we’ll help you.