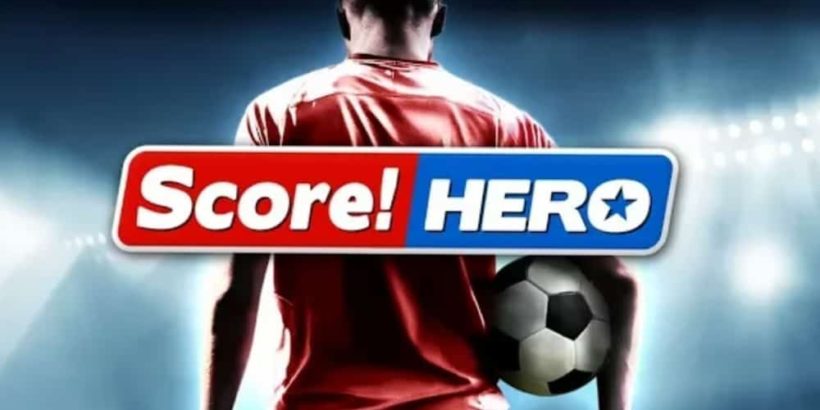 Yes, there are many good soccer (football in Europe) games out there, but there is indeed none quite like Score! Hero! Whereas other games try to be as realistic as possible, this one puts emphasis on your journey.

And whereas other soccer games make it possible to play as legendary soccer names, this game lets you become a legend yourself!

Sports is one of the few gaming categories where developers find it a bit difficult to be innovative. That’s why when a game like Score! Hero is made, it deserves our special attention.

So stick with us, and by reading through these 8 tips, tricks, and cheats, make your way to the top as smooth as possible!

1. Play it Safe in The Beginning

In Score! Hero you start out as ambitious, yet completely anonymous player who warms the bench of some minor club. You’ll get your chance from the bench, and we suggest that you play your balls safe when starting out.

You’ll quickly become the super-sub your club needs, and eventually the first team player, so keep your soccer prowess for when it’s really needed! 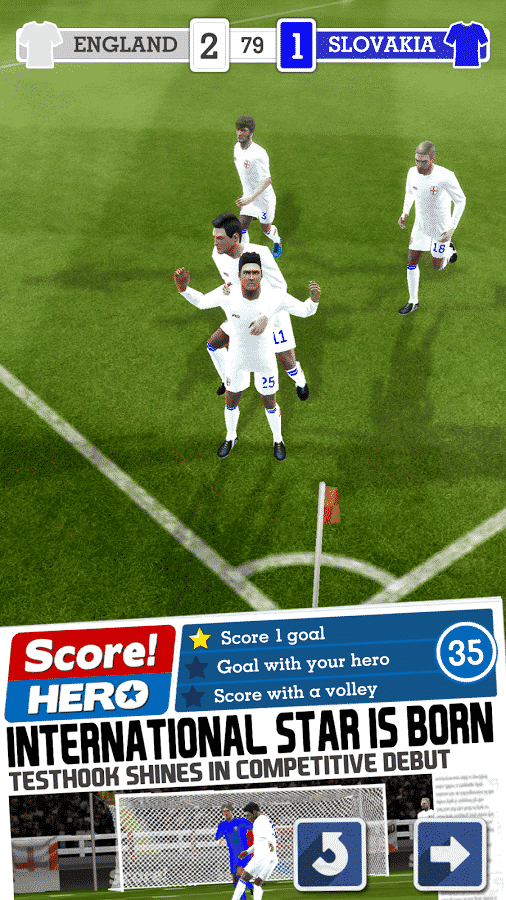 2. Remember to Zoom it Out

Now to the more risky stuff!

After you’ve mastered the art of safe passing, you’ll become increasingly picky with the passes and shots you’re about to play. Since the default camera the game is using may fall a bit short of giving you all the passing options, we would advise you to zoom it out a little, just enough to get the clear view of all the players on the pitch.

Sure enough, the game’s focus is on you and the performance you put in. But make no mistake, the goal of the game is not to get the most goals for your player; in other words, you’re not getting to the top if you don’t learn the merits of team play.

That is not to say that you shouldn’t take the opportunity of becoming the superstar player if the chance presents itself, because you should, All we’re saying here is that you should put the success of the team ahead of your personal statistics.

But hey, if you want all the glory for yourself, that’s cool with us!

Ever dreamed of scoring a screamer in the top left corner of the net? We too.

As it most often is on the real pitch, scoring a blasting goal in Score! Hero is way more effective (and if you ask us, way more beautiful!) when you place a curved shot in the back of the net.

It’s not easy to do, but not easy for the goalie to parry as well. Curl your shots and make goalkeepers work for it! 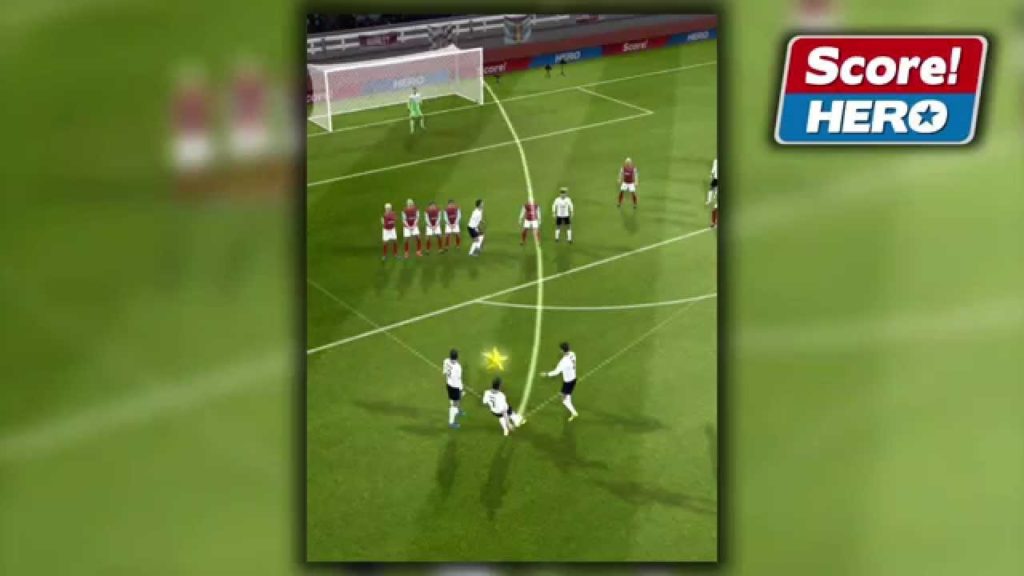 5. Practice Shooting From the Corner

The game will put you in different soccer situations to make the most of, situations that also include shooting from an angle.

These do not necessarily mean corner kicks (though you should focus you attention on them, too), but any situation where you find yourself drifting the ball in from the side of the pitch.

If you’re after a spectacular goal from an angle, you better aim away from the goalie. He’ll have a harder time catching your ball. 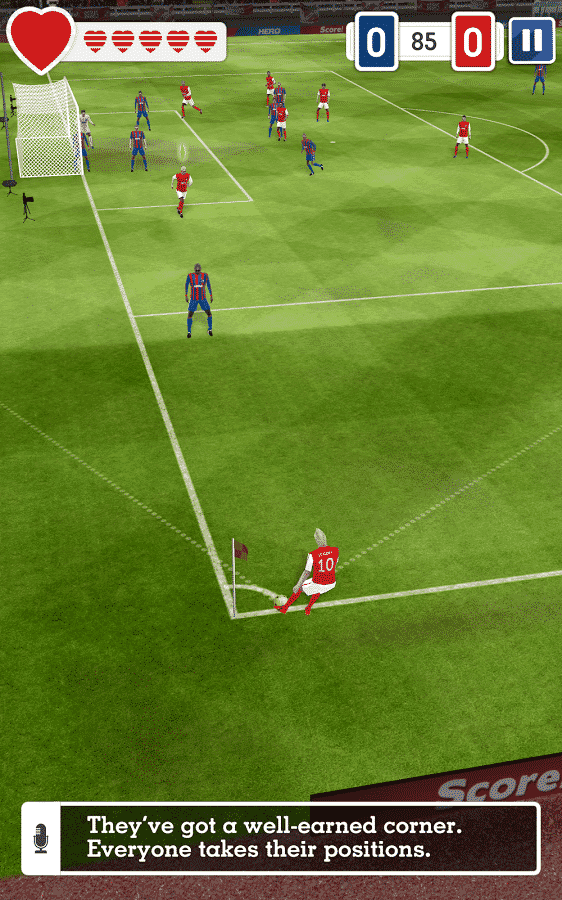 6. Earn Some Money; Then Some More

The cash will come naturally during your playthrough. But as it turns out, this money may not be enough to unlock the features you want.

There are fortunately a few alternative ways to get some extra coins and these include watching an ad video every once in a while and connecting your game to your Facebook account.

7. Rewind As Less As Possible

Ok, now that you got all that cash, you wonder what to spend it on! We’ll tell you something better, and that is what NOT to spend it on. Don’t waste it on the rewinds!

Just don’t. There are a lot more useful ways to spend it on. And besides, you’ll get a few random free rewinds during the course of your game. Watch for them and use them wisely!

8. Replay the Levels to Get 3 Stars

Score! Hero has a well-known system of 3 stars that judge how well you accomplished the task in hand. Unless you are a true prodigy, you probably won’t be able to hit the 3 stars score the first time you play a level. Don’t be too fretted about it.

You can always replay a stage and nail it! 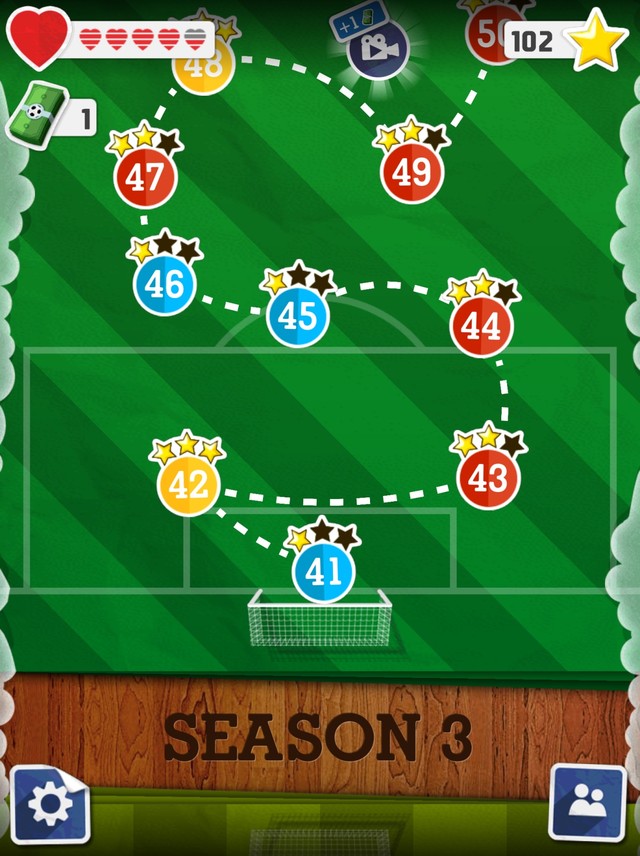 If you stick to the 8 tips, tricks, and cheats written above, then there’s really nothing to mar you prospect of becoming a true soccer legend. Pick up your phone now; the world awaits!

If you liked this guide, don’t forget to rate and share. Also if you have other Score! Hero cheats, tricks or strategies, share them in the comments.