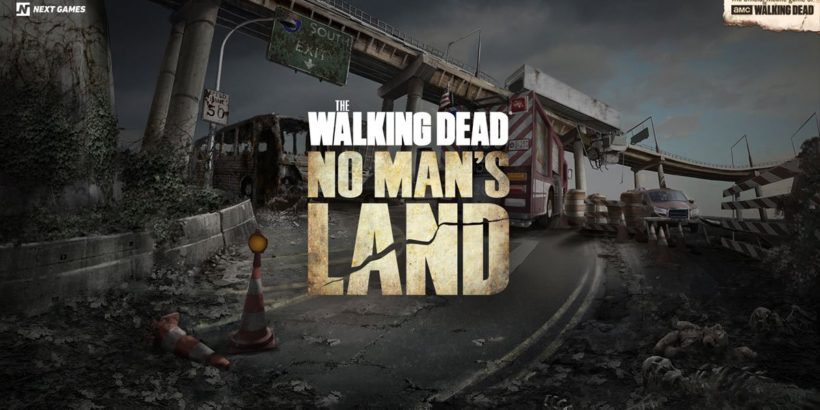 The Walking Dead: No Man’s Land is an action thriller game from Next Games and is based on the AMC television series of the same name.
Last month we created a guide about Walking Dead: Road to Survival – Top 8 Cheats and Tips, if you missed it check it out first.

The whole point of the game is to manage a group of survivors from zombies with one objective in mind which is to survive.

There’s a camp which serves as your base of operation and contains structures that can be upgraded to increase your chances of survival. The player faces a lot of tough decisions regarding food and water which can have life or death consequences.

As the game progresses you will be able to save more survivors who you can add on to your group. You can only take a recommended number of survivors on each level so the proper mix plus a good strategy will be vital for level completion.

There are 6 different classes of survivors that you can add to your team and they are:

1. Bruisers – They do not kill enemies and more than 2 attacks are required from a bruiser to neutralize a zombie. Their upside is they can’t be injured as their health is much higher than other classes.
2. Scouts – They have quick movements and are suitable for one on one combat.
3. Hunters -They use sniper rifles and can take out multiple zombies with one shot. Can be used when zombies approach in a line as one shot can take them all.
4. Warrior – Highly trained units who are lethally accurate, silent and stealthy.
5. Assault Specialists – They are using heavy fire rifles like semi-automatics for mass impact.
6. Shooter – With revolvers and pistols they eliminate threats with a single head shot.

The game’s style of combat is enjoyable and fun as it lets you use your creativity and come up with your own tactics. Below are 8 cheats and tips you can use to ease things up and enjoy the game.

1. In the camp, the farms are very important as food is used to get supplies for building and upgrading.

In order not run out of supplies as the game progresses you need to have enough food and you should therefore ensure you have enough farms. The council is also upgraded with food and once upgraded it frees more space and unlocks more land where you can build more structures.

2. Have knowledge of the type of walkers you are dealing with.

Above their heads is a number which shows their level of difficulty so as to attack with the moist suitable survivor class. Its nearly impossible to neutralize high level walkers unless your survivors are also high level with upgraded weapons and armor.

3. To get more resources for upgrades, eliminate via sniper rifle the zombies trying to infiltrate your camp. A sniper scope above their head means they can be taken out with a sniper.

4. Once you save more survivors, you can retire members of your team that you feel are not combat fit enough and select better and stronger survivors from the new lot. This will enable you assemble a team strong enough to neutralize zombie forces without incurring casualties.

5. The are two modes of attack; overwatch and direct attacks.

Overwatch attacks are performed when behind gates or obstacles. In the action point system used in the game, half the action points are used for movement and the other half for attacking. However you can use 2 action points to move and 1 point can be used for defense. Having one person from the team on guard as others are attacking is good for protection. In order to perform multiple overwatch attacks you should position your team close to each other behind an obstacle or gate.

Direct attacks on the other hand are performed when in face to face combat with the enemy with no obstacles in between. They are more lethal and almost always kills instantly and the hunter class is most suitable for this attack.

6. Make use of the critical hit ability of survivors.

This gets activated once they kill one or two zombies and is shown in green. For example the critical hit ability for the scout class is ‘Brainstab’ and when tapped on the scout delivers a lethal blow.

7. Do not focus too much on shooting zombies but rather on objectives.

Objectives can be viewed on top of the screen to the right.In order to survive you do not have to take out all zombies, you just follow your mission objectives as sometimes you will be required to stop attacks and exit the battle zone.

8. You will have to make some sacrifices as not everyone will survive and hits will be taken.

You should position your team accordingly and bruisers can be used here effectively to shield other members of the team due to their high health stats.

About The Walking Dead: No Man’s Land

If you liked this guide, don’t forget to rate and share. Also if you have other The Walking Dead No Man’s Land cheats, tricks or strategies, share them in the comments.