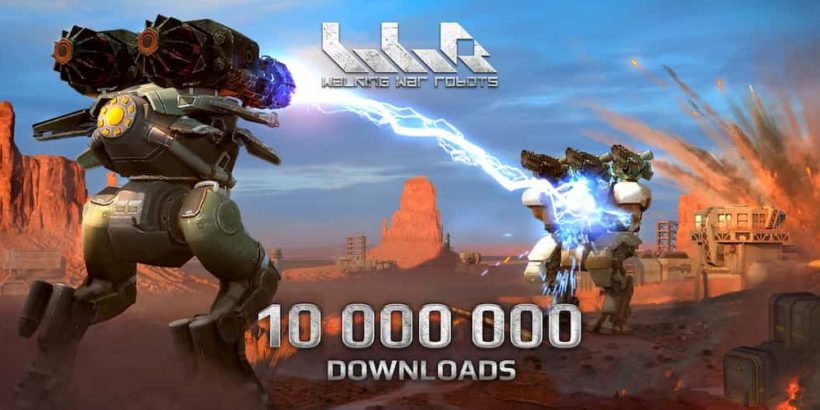 Walking War Robots is an action mobile game developed by the Russian game company – Pixonic. It is available for Android and iOS devices, but it can be installed on a laptop, MAC or desktop with the help of an Android emulator. The third-person shooter offers you different types of robots & a number of weapons and requires you to lead a robot on a battlefield.

When you choose a battle, the game gets you, other players, to battle in a multiplayer system. You will be provided with two teams of players, and you will need to choose a robot to continue playing. You will have 15 seconds to select your robot before you get involved in the 10-minute battle.

Use Three Ways To Win Battles

Shoot Your Enemies In Well-Calculated Attacks

Use the red central fire button to shoot your enemies with all your weapons and maintain strong attacks. You can also use buttons that correspond to individual weapons to fire those fighting equipment. Some weapons like AT Spiral can only be used when your opponent is in a certain range.

Moreover, you can make use of a red target border that surrounds your opponent robot, signaling you to shoot the enemy. In order to capture a beacon, you need to move your robot close to it. It is advisable to capture the beacons when there is no enemy near it.

Choose From Three Categories of Robots

Walking War Robots has three categories of Robots: heavy, medium, and light. The heavy robots are the largest and the most expensive, but slowest in attacks. The light weapons are the cheapest and smallest, but the fastest in attacks while the medium robots have their qualities somewhat in-between the light and heavy.

Use Three Types Of Weapon Hardpoints

The game presents you with three types of hardpoints: heavy, medium, and light. When you want to equip your weapon, select the right hardpoint to do so. The game offers you many types of weapons, including energy weapons, machine guns, and missiles.

Own An Unlimited Number Of Robots and Weapons

You don’t have a limit on the number of weapons and robots you can own in Walking War Robots. This gives you great ability in winning battles. In order to deploy robots in battles, you need to equip them with hangar slots which are purchased with gold.

When you level up or make achievement, you are rewarded with Gold, Silver and Workshop Points which you can use to upgrade your game. You earn Gold Points if you are part of the winning team, capture the most beacons or win a battle with another player. The Silver and Workshop Points are made available to you when you destroy a number of opponent robots or when you capture a number of beacons.

If you want to play the game on your PC, you need to install an Android emulator on your machine and download the game app on to it. You can then use your mouse or keyboard to play the breathtaking game.

How to Download and Play Walking War Robots on PC:

If you liked this post, don’t forget to rate and share. Also if you can’t run Walking War Robots on PC/MAC or any other issue, write in the comments below and we’ll help you.