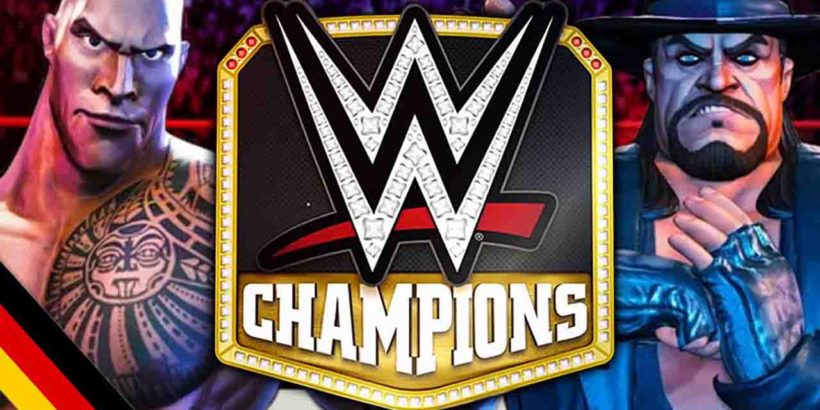 Like many other sports franchises, if you can call the World Wrestling Entertainment (WWE) a sport, have begun to branch into the mobile side of gaming, and WWE Champions for PC is their latest creation. Like its predecessors within the sports and entertainment world, the developers saw an opportunity to cash in the growing popularity of the sport into a good little mobile game. However, like many of these free to play games that have been pumped out in recent years, WWE Champions for PC is a little rough along its edges.

How to Download and Play WWE Champions on PC

Download, Install and Play WWE Champions on your Windows PC or MAC with mobile app emulators for free.

WWE Champions for PC is a strange little beast, and to be truly honest we are not sure where to begin. The game is set up with a match-three style game, within a wrestling game. You will need to match three colored gems to complete a move, and each wrestler that you choose has a number of normal and special moves that you can choose from.

Match Three in a Wrestling Game?!

One of the more unique things the games offer is a push to match the same color, as once you complete enough match threes of color x, you will receive a special that is partnered up with said color. As well, there is a pin meter and as your health goes down, the more likely, and easy that an opponent can pin you. The issue is, for those who love wrestling games, why have the three-match elements at all?

Simply put, it is for the developers to make money, as it happens, you will spend a lot of time in other screens rather then a match in WWE Champions for PC. An average match will last a couple of minutes or five at the most, and then you will be thrust back to the land of loading screens, main menus and ads. This is a grinding nightmare, but for those who love match three, and their favorite wrestlers it is all not too bad.

Unlike other wrestling games that have graced the mobile world, WWE Champions for PC offers a decent upgrading option. You will be able to upgrade your specific wrestler, and allow for you to dominate your opponents. The game does play to reality as it does call for certain classes of wrestlers for certain fights. 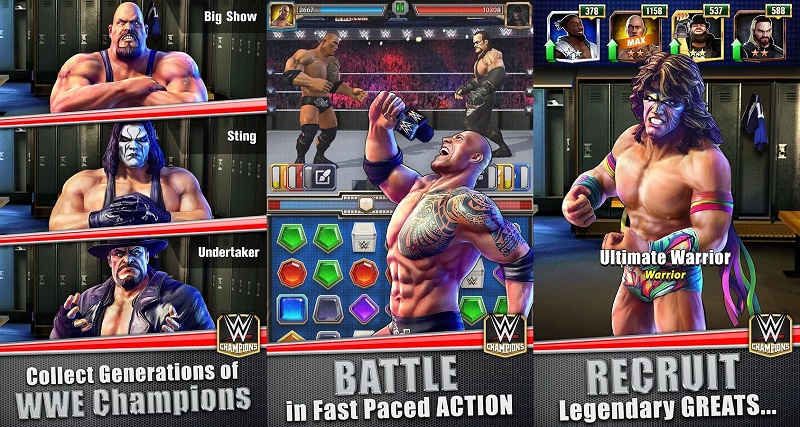 For a mobile game, and we have to remember this is a mobile port to PC for WWE Champions for PC, it offers superior graphics. It looks amazing, and your favorite wrestlers will be able to be seen, just like they are on the television. There is a real wrestling feel to the game, and even the introductions are pretty accurate as to what you would see on WWE Raw or WWE Smackdown on your television.

The game is no perfect, but you are not to expect a mobile port to PC to be perfect, nor should you expect that of WWE Champions for PC. However, the game is a good time for a few minutes, and will provide hours of entertainment before getting bored of the repetitive gameplay of three-match. The game looks amazing, but once you look past the graphics, the game lacks a storyline, and the interface and menus are just a little too busy for a mobile game.

If you liked this post, don’t forget to rate and share. Also if you can’t run WWE Champions on PC/MAC or any other issue, write in the comments below and we’ll help you.